This week saw the publication of: 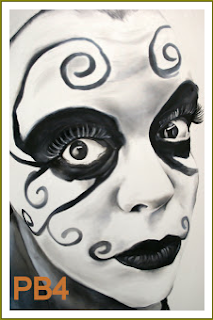 Edited by Peadar O'Donoghue it contains:
Ninety-three poems by almost as many international poets, plus two visual poems;
Flash Fiction;
Illustrations;
Reviews; An article by Dave Lordan  and:
A cd of 12 tracks.

You can find a  sample of one of the tracks, They're saying it's Over from Laura Moody, with visual images from the magazine here: http://vimeo.com/54036394

It is one of the few magazines which indicates the full variety of artistic endeavours happening today.  I am looking forward to reading the entries and listening to the music.

Article
Dave Lourdan explains EVERYTHING RHYMING ALL THE TIME


If you don't already have a copy you should purchase it here:
http://thepoetrybus.blogspot.ie/

The SAMUEL BECKETT page shared another great essay by Marjorie Perloff on the acoustic silence in Beckett's Embers. She writes that

'The Beckett who began to write radio plays in the mid-fifties was no stranger to the medium: in Roussillon, where he lived in hiding from 1942-45, the radio transmitter was the crucial information conduit for Resistance groups, and the BBC, which was to commission All That Fall (1956) and Embers (1959), its main source. Half a century later, as the Columbia Encyclopedia reminds us, radio is still primarily an information medium, a conductor of messages, whether news flashes, announcements of events, weather reports, and today the ubiquitous "sigalerts" that advise the driver about freeway conditions and traffic accidents even as they are taking place.

All the more reason, then, for the radio artist -and Beckett is surely one of the finest - to turn this information function, this relaying of messages from A to B, inside out.

To say that The Battersea Review is set to become one of the more important poetry magazines is surely an understatement. Take a look at the second edition which has just been published  free and online and you'll see immediately that the standard of criticism, poetry and translation included is the highest. Edited by poet and critic Ben Mazer, it contains a huge selection of poetry and criticism by: 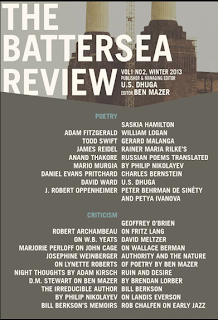 Philip Nikolayev's translations of Rilke's poetry is also introduced with a short piece on his Russian poetry. He writes that: 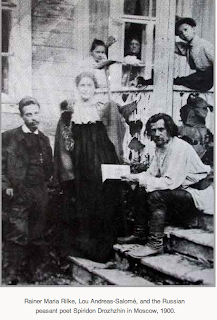 Even in Russia the reading public is barely aware of these early Russian texts by Rilke, though they can be found both in print and online.  Literary Russians tend to see them as curious trifles, a great stranger’s attempts, failed though touching, at poetry in our robust and supple language. Their Russian, unmistakably a foreigner’s, exhibits errors of grammar, usage and scansion. Still, in a handful of lines Rilke manages to get the Russian right, and they ring true as lines of Russian verse.
http://thebatterseareview.com/

The Western Writer's Centre shared a piece on a third publication which will interested poets, translators and artists. 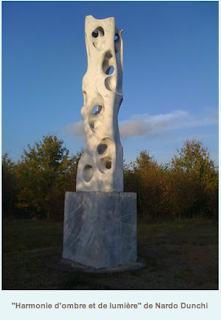 'The new issue of 'La Foret des Mille Poetes,' under the editorial baton of the redoubtable René Varennes has been released.
It includes visual art and discussion on a variety of topics outside poetry, as witness its Letters page.
Varennes's Editorial, while wishing all poets a great New Year, is again a plea for more poetry in the media, a greater public visibility for poetry, and wonders at the possibility of a Cultural Olympics.
A mere €30 subscription, the address is 13, avenue Reignier, 03310 Néris les Bains, France.

You can get a sample of the kind of artwork which appears in the magazine here:


Coming up this week:

The deadline for the Cuirt New Writing competition, an international competition for Poetry and Fiction, is Friday March 8th.
Copies must be sent in hard copy, so allow extra time to make the deadline.
http://www.cuirt.ie/Site-Content/cuirt-new-writing-prize-submissions-2013.html

The Launch of REViVAL Literary Journal takes place this Tuesday, 5th March. Guest speakers are Mark Roper and Fred Johnston and there will be an open mic.
More details:https://www.facebook.com/onthenail

If you would like to perform your poetry onstage at the GLASTONBURY festival the deadline is next Sunday, 10th March.
http://poetryandwords.posterous.com/call-for-applications-poetrywords-2013.


Synge and the Making of Modern Irish Drama. 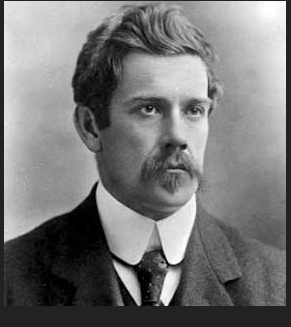 The book will subsequently be available on:

The Campus Bookshop can be contacted at: http://www.campusbookshopucd.com/
and
Anthony Roche's author page on Amazon has details of his publications: http://www.amazon.co.uk/Anthony-Roche/e/B001HMTLUA/ref=sr_tc_2_0?qid=1362316319&sr=1-2-ent