Fireproof and Other Stories - Celeste Auge

Fireproof and Other Stories by Irish-Canadian Celeste Auge, recently published by Doire Press. 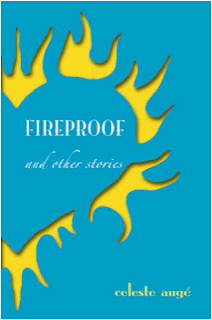 The title ‘Fireproof’ is taken from the title of the final poem in Auge’s previous book of poetry and deliberately links her work and development as an artist.  It conjures up the image of the Phoenix, which is also the middle name her first protagonist, Mary Phoenix Lebel, a character who seems to share in the autobiography of the writer.

The feeling of, or need for, rebirth, runs throughout these emotionally complex short stories. While each stands alone, they are united by their focus on the turning points of the characters lives and by Auge’s deft and understated treatment of these crises. From the realization of a need to escape a stultifying relationship in ‘Touching Fences’, to the need to reclaim her pre-motherhood confidence in ‘DeeDee and the Sorrows', Auge’s characters show us that there is a lot at stake. She catches their strengths and weaknesses and portrays them with honesty in their dissatisfactions and failures. Her rapidly drawn portraits and deep empathy heighten our awareness of how easy it is to get things wrong and to waste an entire life, and pose a very subtle challenge to the reader not to give up, not to get caught in compromise. This existential challenge, coupled with her understanding and empathy, is reminiscent of Chekov and like Chekov she delivers the occasional flash of dark humour. The protagonist of ‘Quick Reaction Force’ for example, a lonely aging woman, could have been an Alan Bennet ‘Poison Pen’ character, but turns darker and more comically proactive. 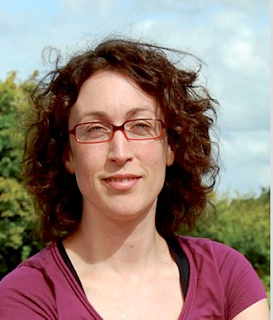 Perhaps Auge’s abilities as a poet have added to this sureness in her short stories, have helped to control the pace of each story, its tone, length and form.  In ‘Seizures’ for example the protagonist has to consider how to cope with the fact that her dog will soon have to be put down. She lists the euphemisms commonly used to refer to death and as the list grows, it takes on a gravity which each phrase lacks by itself. Through the length of almost half a page the list begins to mesmerise until it finally gives way to the realization that no words will ever express the reality of the loss she is facing.  It is a gentle story of an older woman recognizing her growing decrepitude and delivers an almost haiku-like serenity in its retrospective compassion. These poetic sensibilities are then further enhanced by the ability to render strong visual images, making the stories ideal material for adaptation to the screen.

Auge offers a number of characters who are artists in some way - singers, writers, characters with a love of language and stories - which makes them outsiders in their practically minded communities and families. However, the mix of autobiography in the first story, combined with the fact that the second story’s protagonist is a writer might be an obstacle for the reader. It was not until I had read further into the book that the suspicion that the collection could be read as a ‘Portrait of the Artist as a Young Woman’ was dismissed. Fireproof may indeed be a kuntlesrroman, portraying the development of the artist but, just as Joyce does in Ulysses, Auge quickly leaves behind the single point of view, offering a refreshing variety of voices.

Seven of the sixteen stories have already won awards such as the Cuirt Festival of Literature ‘New Writing’ Prize, and the Irish Writers’ Centre ‘Lonely Voice’ competition, and been commended for the Sean O’Faolain Short Story Competition.  Of the remaining stories, ‘Seizures’, ‘Ghost Girl’ and ‘Rising Slowly’ struck me as particularly moving, shocking and comic in turns.

Connections between Canada and Ireland are already strong, with over 3.9 million Canadians claiming Irish descent. The publication of this book will surely help to strengthen those cultural connections. Celeste Auge is a very gifted writer, and one which both Canada and Ireland can be very proud of. Fireproof is a remarkably strong debut into the world of short stories and will begin to build what is undoubtedly going to be a strong readership for the author.