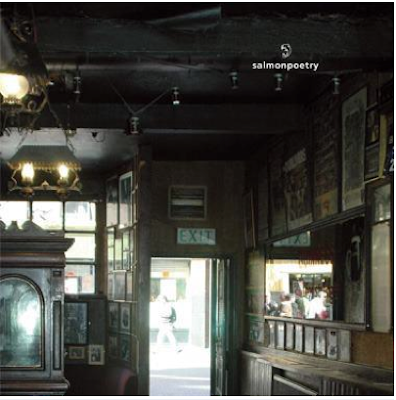 This review first appeared in the
REViVAL Literary Journal, Issue 24, Dec. 2012,
and is reproduced with the kind permission of the author.

The democratisation of Irish Poetry has been a much sought-after state. The excluded constantly knocked at its gates, only to be sent away by the gatekeepers. But in recent times some of the gates have shown signs of forced entry.

Peadar O’Donoghue is a poet who, in barely two years, has literally come out of nowhere. He makes no secret of the fact that he is struggling with poetry, yet he is at the same time the founder editor of a much admired journal: The Poetry Bus. His success stems largely from blogging and from his quirky and likeable presence on Facebook. He is the quintessential e-poet, agitating for web-based poetry, badgering poets to contribute to his mad notions, from Poetrygeists to Lovegeists. He is the wise-cracking guru of the excluded poet. Under his Messiahship the democratisation of poetry appears to loom.

Jewel opens with its title poem, one that begins in drunkenness and closes with the poet urinating into the Liffey. At first glance the poem appears brutish: a man, pissed on drink, pisses from a bridge off the open street. But the piece is far more subversive, operating as it does as an act of anti-Muse. In the poem the river attempts a seduction:

she calls to me in clamshells of desire.

The response from the author is base: “and bursting for a leak, / I express myself, / let fly the floodgates, / a stream of pee to the pea green below”.

This book is by no means finely wrought; it has the marks of having been pulled by the nails from the heart and mind. And O’Donoghue’s mind is often troubled; what inspires him is a political anger and societal frustration: “School made me hollow, / taught me that I knew nothing”. Jewel is a sort of jamboree bag of quotable lines; the more one reaches into it, the more ragged its structure becomes, until all the gems of its contents poke through its thin membrane. Reading it is to pull it apart, and to be slightly pulled apart by it. It forces the reader to engage, critique; but in a way that is creative in favour of the book itself. As frail as it may often seem, Jewel improves with each read, strangely regenerating itself.

An anti-Muse, or, more specifically, an anti-Aisling, haunts the poems throughout this collection. Many of the poems are about poetry, but the tone is often self-mocking:


This is the sensible shoe – well heeled,

This poem is a Golden Labrador, The Sunday Times,

a neatly pressed shirt for the office on Monday.

(This is a Controlled Poem)


The collection natters on in the head of the reader like a wise drunk, while the poet compiles his “list for lesser days” in a poetry of subtly-voiced regrets:


I was reaching for things out of reach,

for unlimited words to make sense of me

(Starfish on the Beach)

Time and space are often conflated; the past and the present merge, solid objects metamorphose into other things; place becomes fluid, metaphors pass through us from the beacon of the mind. Our heads are done in.

The cover of this book is the calmest part; this is telling, for it is a photograph by the author himself, an accomplished and widely-published photographer. Photography is often the art of stillness, and can even initiate peacefulness. Language, on the other hand, is never still; and O’Donoghue has language bubbling up from the deeps of him. Photography is his consolation; but poetry is his martyrdom:


Thinking takes you out of your depth,

Thought is a poetry death-wish

(The Man Whose Head Exploded)

It is fortunate that Salmon saw fit to publish him. One wonders what the others would have made of him. Probably nothing, for many of the other major publishers are riskless and dull; dim lighthouses surrounded in their own fog, bright only in a kind of memory of light.

Through the current night of Irish poetry we glimpse Peadar O’Donoghue, waving his kaleidoscopic lantern; telling us everything will be all right, but also telling us that he’s fucked for sure. Cracked as he is, he may actually offer us safe passage. Only time will tell. In the meantime we’ll follow, curious enough to trust him. 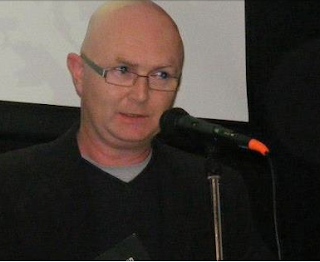 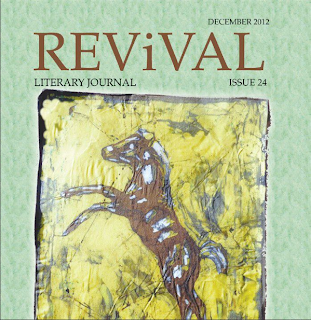 John W. Sexton is the author of four previous poetry collections, the most recent being Vortex (Doghouse, 2005) and Petit Mal (Revival Press, 2009). His fifth collection, The Offspring of the Moon, is due from Salmon Poetry in spring 2013. Under the ironic pseudonym of Sex W. Johnston he has recorded an album with legendary Stranglers frontman, Hugh Cornwell, entitled Sons Of Shiva, which has been released on Track Records. He is a past nominee for The Hennessy Literary Award and his poem The Green Owl won the Listowel Poetry Prize 2007. In 2007 he was awarded a Patrick and Katherine Kavanagh Fellowship in Poetry.