In this lecture Christopher Ricks, an atheist himself, looks at the idea of faith.  Faith in art, in the powers of  the artist and in the artist's own powers in his work.  Ricks explores the ineluctable separation between faith and knowledge, the challenge which imaginative literature presents, particularly when produced by an artist with a differing world philosophy and finally looks at Eliot's essay on Dante and the particular response which Eliot chose for the character of Brunetto Latini.

A fascinating lecture and one which will deepen your understanding and appreciation of T S Eliot.
http://audio.wbur.org/storage/2008/12/worldofideas_1207_faith-in-eliot.mp3 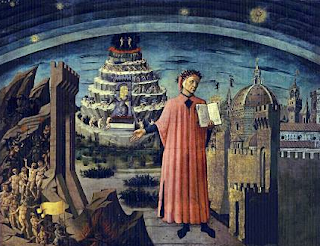 TS Eliot's 1962 letter to Miss Alice Quinn  identifies his essay on Dante as his personal favourite, ahead of The Waste Land and Prufrock. That essay is reproduced here and in it Eliot writes that:

'Dante’s is the most comprehensive, and the most ordered presentation of emotions that has ever been made. Dante’s method of dealing with any emotion may be contrasted, not so appositely with that of other “epic” poets as with that of Shakespeare. Shakespeare takes a character apparently controlled by a simple emotion, and analyses the character and the emotion itself. The emotion is split up into constituents—and perhaps destroyed in the process. The mind of Shakespeare was one of the most critical that has ever existed. Dante, on the other hand, does not analyse the emotion so much as he exhibits its relation to other emotions'.
http://www.bartleby.com/200/sw14.html 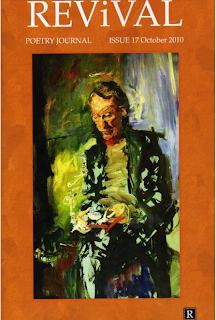 Revival Literary Journal No. 26 is calling for submissions from local, national and international poets and writers for issue 26 which will be published in Limerick, June 2013.

As you know, Poetry Bus 4 has recently been launched.
It is a hugely successful print publication  edited by Peadar O'Donoghue and containing ninety-three poems by almost as many international poets, plus two visual poems; Flash Fiction; Illustrations; Reviews; An article by Dave Lordan  and: A cd of 12 tracks.
The variety of work on display is staggering and threatens to blind the reader who tries to make their way too quickly. With this in mind I have been deliberately taking the reading very slowly.

The slower pace allows such gems as Arthur Broomfield's ekphrastic poem 'After Edward Hopper's 'Hotel Room' to come to light. With it's muted appreciation of Hopper's muted moment, the poem is eloquent on  the 'magnified absences' and negative spaces which the painting presents. Ian C. Smith's Shabby Launderette, Dismal Saturday and Surplus show a sureness and confidence which should mark the beginning of an independent collection or chapbook, certainly  one that I would be interested in reading. The dark comedy of Frances Kenny's flash fiction piece, Granny Fights Back provides a counterpoint to the poetry and the photographs and illustrations throughout the collection provide just the right note of  colour, humour and visual conundrums.
Poetry Bus 5 is currently accepting submissions. To enter contact thepoetrybusmag@gmail.com.


If you don't already have a copy of Poetry Bus 4 you should purchase it here:
http://thepoetrybus.blogspot.ie/

The latest issue of The Battersea Review includes poems by:

In this publication the standard of work is consistently high but in reading these poems I was also struck by it's truly international quality.  From the mesmerising The Koh-I-Noor by Hindustani poet, classical singer and musician, Anand Thakore, which demands a slower more cosmic pace from Western readers, to the beautiful Russian translations from Philip Nikolayev of Rilke's Russian poems, to the deceptive simplicity of Mexican/Italian poet Mario Murgia, here translated by Ben Mazer. Combined with more familiarly Western work from Charles Bernstein, David C. Ward and Adam Fitzgerald and others,  The Battersea Review is fast becoming the meeting place for the best in contemporary world poetry.

If you would like to submit to the Review, Editor Ben Mazer tells us that submissions for the 4th edition will be accepted from the beginning of June and should be sent to batterseareview@gmail.com.

are continuing their open reading season in April.

Once again, we bring you this traditional publishing service with no reading fee! Simply upload your 24-48 page poetry manuscript to our FREE submissions manager at Green Submissions during the month of April. All manuscripts considered for publication in either our Chapbook or Translation Series.    http://barefootmuse.com/

“The only way for a woman, as for a man, to find herself, to know herself as a person, is by creative work of her own.”
― Betty Friedan, The Feminine Mystique 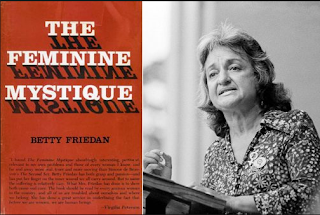 The Feminine Mystique  by Betty Friedan was published in 1963 and spent six weeks on the Times best-seller list.

It is single handedly credited with sparking the 'second-wave' feminist movement in the US.

This month sees the 50th anniversary of the publication and  we have a piece from The New Yorker which reminds us why it was such an important book.
http://www.newyorker.com/arts/critics/books/2011/01/24/110124crbo_books_menand#ixzz2OGirR6PS

Plus a candid panel discussion on how four prominent women first encountered The Feminine Mystique and  the strengths and limitations with which they regard it.
Dean Virginia Sapiro, Professor of Political Science and Dean of Boston University's College of Arts and Sciences.
Eileen Boris, Professor of History and Black Studies at the University of California, Santa Barbara.
Susan Reverby, Marion Butler McClean Professor in History of Ideas, Welsley College.
Carol Rivers, Professor of Journalism, Boston University College of Communication.
Roberta Salper,  the first full-time faculty member in the first ever Women's Studies Programmes in 1970 at Sandiego University who has just published her memoir Domestic Subversive.
http://audio.wbur.org/storage/2013/03/worldofideas_0310_betty.mp3

The Poetry London Competition 2013 is now open for entries!    DEADLINE 31ST MAY. 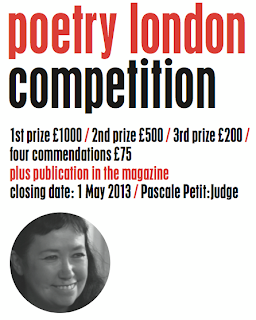 The Poetry London Competition, now in its fourteenth year, has become one of the most highly-regarded in the country, attracting many hundreds of entries from across the UK and abroad. We are pleased to announce that in celebration of Poetry London’s 25th anniversary year, we have invited the magazine’s original poetry editor, Pascale Petit, to judge the 2013 competition. Previous judges have included Neil Astley (2012), Paul Farley (2011), Michael Longley (2010), Don Paterson (2009), Kathleen Jamie (2008), and Jo Shapcott (2007). Pascale Petit's judge’s report and the winning poems are published in the Autumn ’13 issue of Poetry London.
Entrants may submit poems by post, for which you can download the entry form below. Alternatively, for the first time,we will accept entries by email which follow the guidelines and format below.

Two sites which authors should be aware of:
The Red Room - an online bookstore, and
Nothing Binding - a free author marketing site.
Both worth investigating today:

Red Room say that they have made history by launching the only online bookstore that breaks down the “retail wall” between authors and readers. 'If you’re an author, Red Room shares its retail profits from your book sales with you, at least doubling your income, and connects you directly with all of your book buyers, something no other retailer in the world does. If you’re a reader, when you buy on Red Room, your favorite authors appreciate it and want to meet you!'
Okay, so there's the payoff for readers - but for professional writers 'meeting' their audience is part of the package anyhow.
http://redroom.com/about-red-room

Nothing Binding is a marketing launch site for authors. It's free to join and one of the benefits of membership is that your book will be reviewed for free by one of their official readers. You can profile each of your books and reach a new market.
http://www.nothingbinding.com/

Martha Sprackland, poetry editor of Cake magazine and assistant editor for poetry at Faber and Faber  - writes about one of the hundreds of ways of getting into poetry. 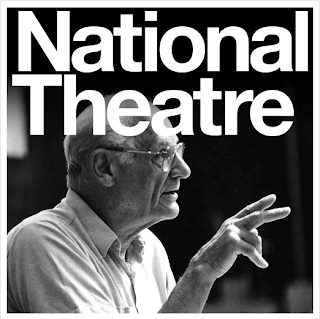 passed on this wonderful link -
Arthur Miller reading from his own log of Death of a Salesman in Beijing in 1984 to a live audience.

This is a recording of a live event, from the National Theatre Archive.