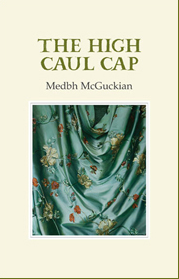 This latest collection from Medbh McGuckian contains fifty-four poems, the central one giving its title to the book. The High Caul Cap is both the name of a traditional Irish air and a symbol for the birth connection between mother and child. Here McGuckian invokes both meanings, offering the book as both a lament for the death of her mother and an acknowledgement of the connections which continue between the living and the dead, and between the living and the children just about to be born. The idea of continuity permeates each poem, from the very first title 'These Latinized Snows', with its modern Americanised reference to a dead European mother tongue, to the last lines of the final poem which tells us that 'across my face stripes the forever / tangible gaze of my late mother'.

The imagery of the  first poem immediately reminds one of Joyce's famous short story and of the snow which falls on the living and the dead.  Here too the snow blankets the world of the living and the dead, and by 'slipping in the word 'eva', the word meaning life and associated with the first mother, McGuckian ignites the juxtaposition between the past life of her mother, and their continued bonds. . McGuckian's snow,  her period of mourning, then plays host to 'two savage arcs … flaming like weeds' and reaching out towards one another as the daughter reaches out for her dead mother and senses a reciprocal movement from beyond the grave. The two arcs of the daughter and deceased mother are mirrored then, and also connected, in the 'off-hour rainbowing' of the children who are just beginning on their life experience, and taking their first breaths. The liminal space between life and death is evoked in a slanted, 'Latinized' manner, non-linear and coded, but one which is better able to invoke the disappearance of times and spaces required for such a subject. This first poem is difficult but yields with re-reading and provides a key to the collection which follows. Words are transposed and switched, challenging our 'pre-set view[s]'.

This room should be read as a preface
to an experience which occurred
many miles before: light-of-day
simplicity in the administered space,
accepting the pre-set view,
though belts of country miles in width
have been swept away.
The electric fluid has taken to carrying
the mail, like a blood-opening heart buried under
a sundial, or the undiluted Nile.

By quietly slipping in the word ‘eva’ (‘only’),
those who delicately thread the needles
lay a motionless finger on a forearm
to show through this so-called non-blue
otherwise sheltering the dance the woman
is about to break into, wearing her belatedness
like a far grander blanket.

Long after other fireplaces have subsided
two savage arcs are flaming like weeds
in snow from end to end of your lovely,
symbolic city where one day
marketgoers would again arrive by train …

As when a younger-sister-haunted older
daughter finds in the messy street debris
stretch marks on the trunk of an aspen,
etchings of beetles on the tree bark:
or when I photographed the births of my three
children, each in their turn, I saw
that with their first intake of breath
their whole bodies were suffused
with off-hour rainbowing, from head to toe.


The dense, non-linear imagery continues and in the central poem evokes a longing and a melancholy but ends with a recognition of the hidden and continued presence of the sun as 'an immense red blossom'. Red and white are traditionally the colours of flowers used at a funerals, but here the red is transmuted and although unnamed, its presence is significant. The consciousness of the speaker here is infused with 'a vague / melancholy' and her movement is slow  'like a broken / cricket' but she none-the-less moves along, displaying life and agency against a background of 'lifeless houses'.

The October rains set an all-time record:
all arrivals and departures were in doubt;
the airlines were on strike, it seems, in honour
of the water; in raining mountains, bad, sweet smells.

This cold rain, from a cloud that had
unaccountably overslept, overtakes us
every afternoon like a vague
melancholy from some other autumn.

An immense red blossom, whose name
stops just in time, is the last candidate
for light; she pulls herself along like a broken
cricket, past the lifeless houses.


Directly following the intimation of hope here, comes the poem 'Sunburst in E Major' and its placement signifies a change from the clouded sun of the previous poem. The traditional music of The High Caul Cap is written for the flute, the instrument of Apollo, and 'Sunburst' seems to invoke and continue this aspect when it refers to 'The gods at this time of year [who]/ are partly about praying.' The spirit or presence of her mother in this poem seems to call her daughter's attention back to the living world because it is 'in a walkable attire, / like an angel wearing lipstick, / heart not so heavy as mine' and so the sunburst and the return to living by the grieving daughter is tentatively begun.

The musical references of these central poems and pre-christian allusions throughout the book uncover the primal instincts which the death of a blood relative evokes. The cycles of birth and death are everywhere in this collection. There is the recognition of loss, but also a continued presence of the dead, of memories, of bonds which are not broken.

Language itself performs this juxtaposition of continuity and discontinuity, giving or withholding  its meaning as life itself seems to be given and withdrawn.  The possibility or otherwise of communication through language continues therefore in this collection as it does throughout McGuckians work.  It's inability to capture 'this so-called non-blue' world around where her memories, and the spirits of her dead, dance and leave their rainbow hues, is balanced with the occasional flashes of insight which we gain, and which grow through close attention to the structure of the collection underlying the free forms of different individual pieces.

The opening reference to the snow therefore evokes a winter in which the earth is covered and sealed, but is not dead, is resting, or in recovery. The poems here are similarly covered, hard to read, but with patience the imagery and language will work their way to the surface of consciousness and will yield anew. 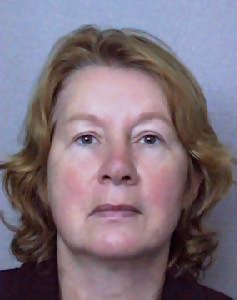 Medbh McGuckian was born in 1950 to Catholic parents in Belfast, Ireland. She studied with Seamus Heaney at Queen’s University, earning a BA and MA, and later returned as the university’s first female writer-in-residence.

She has earned significant critical acclaim over the course of her career. Her poem “The Flitting,” published under a male pseudonym, won the 1979 National Poetry Competition. In 1980 McGuckian published two chapbooks of poetry and also won the prestigious Eric Gregory Award. Her first collection, The Flower Master(1982), won the Poetry Society’s Alice Hunt Bartlett Prize, the Rooney Prize for Irish Literature, and an award from the Ireland Arts Council. On Ballycastle Beach (1988) won the Cheltenham Award, and The Currach Requires No Harbours (2007) was short-listed for the Irish Times Poetry Now Award.

Her honors also include the Bass Ireland Award for Literature, the Denis Devlin Award, and the American Ireland Fund’s Literary Award. She won the Forward Prize for Best Poem for “She Is in the Past, She Has This Grace.”

She edited The Big Striped Golfing Umbrella: Poems by Young People from Northern Ireland (1985) and co-translated, with Eilean Ni Chuilleanain, the Irish poet Nuala Ni Dhomhnaill’s collection The Water Horse (1999). She is the author ofHorsepower Pass By! A Study of the Car in the Poetry of Seamus Heaney (1999), and the poetry collection My Love Has Fared Inland (2010).
http://www.poetryfoundation.org/bio/medbh-mcguckian


The High Caul Cap can be purchased in many bookshops, from Amazon, and also from Gallery Press.
http://www.gallerypress.com/authors/m-to-n/medbh-mcguckian/