'How can poetry - a low-tech, slow-burn art form - survive in an increasingly high-speed digital age?' The question, and part of the answer comes from a recent publication from Dedalus Press. Together with  Roger Gregg from the Crazy Dog Audio Theatre, they are attempting to bring poetry into the future by reclaiming some of its pre-literate origins, and by offering poetry performances and poetry cabaret.

The Bee-Loud Glade: A living anthology of Irish poetry, Edited and Introduced by Pat Boran includes a book of twenty-nine poems, nine of which are performed on an included cd.  It opens the world of poetry up to new audiences, including younger audiences whose interest in the music and performance may be their first point of contact with the work of the modern poets included here.
the musical styles are challenging becoming a vital element in the performance and ranging from easy-going jazz, to jazz improv., to cabaret. The strong Cork accent employed while reading Gerry Murphy's 'And she was beautiful and she was ferociously intelligent' was inspired and brought out the humour and desperate predicament of the poem.

Dedalus Press poets included are (work from those underlined features on the CD):

Irish Pen have also identified the area of Performance Poetry as one to be explored, and passed on a link which will allow poets to begin recording their work, or work of favourite poets. Listen to the recording here of 'Telephone' by Wole Soyinka.
https://soundcloud.com/tejucole/telephone-by-wole-soyinka-read

I would recommend listening to performances before beginning your own, and bear in mind that a performance lends itself  to one interpretation, rather than the multiple interpretations which a text allows. However, the possibilities of reaching new audiences are there and Crazy Dog Audio Theatre are excellent performers, as is Eabha Rose, whose reading of Sharon Frye's poem we featured recently (okay, the link is here:  https://soundcloud.com/eabha-rose/prelude-voice-acquiver )

Roger Gregg is also teaching at the Gaiety School of Acting, and has a great website with clips from his work and insights into making your own audio theatre. We will be taking a more in-depth look into his CD's and courses, next week.( http://crazydogaudiotheatre.com/)


Next week in Washington there is a poetry reading from three leading poets: 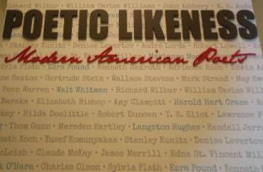 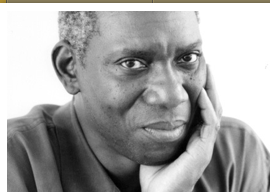 "He takes on the most complex moral issues, the most harrowing ugly subjects of our
American life. His voice, whether it embodies the specific experiences of a black man,
a soldier in Vietnam, or a child in Bogalusa, Louisiana, is universal. It shows us in
ever deeper ways what it is to be human."
- Toi Dericotte, for the Kenyon Review.


Born in Louisiana in 1947, Komunyakaa was raised during the beginning of the Civil Rights movement. He received wide recognition following the 1984 publication of Copacetic, a collection of poems built from colloquial speech which demonstrated his incorporation of jazz influences. He has published widely and received both the Pulitzer Prize and the Kingsley Tufts Poetry Award for Neon Vernacular: New & Selected Poems 1977-1989. Other awards include: the 2011Wallace Stevens Award; the Ruth Lilly Poetry Prize; the William Faulkner Prize from the Université de Rennes; the Thomas Forcade Award; the Hanes Poetry Prize, fellowships from the Fine Arts Work Center in Provincetown; the Louisiana Arts Council; and the National Endowment for the Arts. 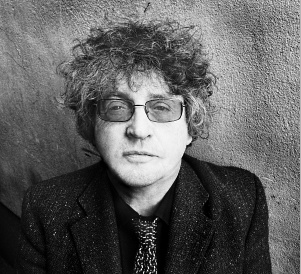 "the most significant English-language poet born since the second World War."
- The Times Literary Supplement


Born in 1951 in Northern Ireland, since 1987 he has lived in the United States, where he is now Howard G. B. Clark '21 Professor at Princeton University. In 2007 he was appointed Poetry Editor of The New Yorker. Between 1999 and 2004 he was Professor of Poetry at the University of Oxford, where he is an honorary Fellow of Hertford College. 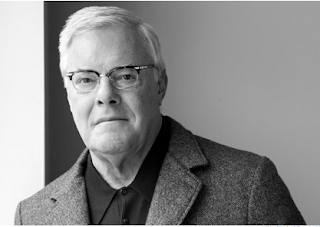 “one of our foremost Romantic poets, an inheritor of the tradition of Stevens and Ashbery.”
– Critic Andrew Yaphe


Koethe’s longer poems, occasionally formal or metered, show the influence of Elizabeth Bishop, William Wordsworth, Marcel Proust, Mark Strand, and Kenneth Koch. He regards his poetry “as music and I think of it in terms of movements and sounds and the way it flows rather than content.” As critic Robert Hahn notes, “Koethe’s poetry is ultimately lyrical, and its claim on us comes not from philosophy’s dream of precision but from the common human dream that our lives make some kind of sense. What Koethe offers is not ideas but a weave of reflection, emotion, and music; what he creates is art—a bleak, harrowing art in all it chooses to confront, but one whose rituals and repetitions contain the hope of renewal.”

The author of several collections of poetry, including North Point North: New and Selected (2002), Ninety-fifth Street (2009), and ROTC Kills (2012), John Koethe also publishes and teaches philosophy, focusing on the philosophy of language. Koethe began writing poetry as an undergraduate at Princeton University and received his PhD from Harvard.

Carve Magazine - poefictiontry
What is poefictiontry? To put it simply, it’s poetry that tells a story. Or maybe it’s flash fiction that sounds lyrical. http://carvezine.com/poefictiontry/#.UWnwso6hDzJ