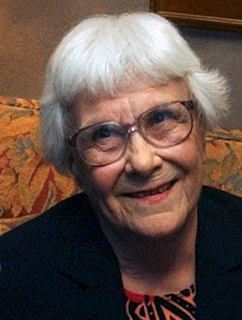 The publicity-shy author of ‘To Kill a Mockingbird’ made a surprise appearance last week at the South Alabama Writers’ Symposium, which was honoring Fannie Flagg with the Harper Lee Award.

Oh, and Harper Lee got one too!

Brand New Retro is a site  full of magazine images from Ireland from the 1960's to the 1990s.   Thanks to Mick Timony for passing it on.

and other Irish poets and writers

are featured on a  new three-CD set

released by the British Library and called

Irish Poets and Writers – I Will Arise.

The three-disc set is £20. and the full playlist is as follows:
DISC ONE
1. Frank O’Connor,
reads his translations of The Hermitage and Aengus the Spouse of God: The Downfall of Heathendom
2. W B Yeats, Yeats talks about poetry and reads two of his own poems (The Lake Isle of Innisfree and The Fiddler of Dooney)
3. W B Yeats,  reads The Song of the Old Mother and introduces A Faery Song
4. W B Yeats, National Lectures, No.18
Yeats reads and discusses Paul Fort: The Pretty Maid [translated from the French], T S Eliot: Preludes [extract], Cecil Day Lewis: Two Songs, No.1
5. W B Yeats and V C Clinton-Baddeley, In the Poet’s Pub
Yeats sets the scene and actor Clinton-Baddeley reads a selection of poems chosen by Yeats
6. W B Yeats, discusses the political background to two poems.
7. W B Yeats, The Lake Isle of Innisfree along with an extract of Coole and Ballylee, 1931
8. Frank O’Connor and Sean O’Faolain, W B Yeats: A Dublin Portrait
9. Patrick Kavanagh, is interviewed about his work
11. Eavan Boland, reads a selection of her work, The War Horse, Nocturne, The Black Lace Fan, Night Feed

DISC TWO
1. Bernard Shaw, his talk on the English language
2. Bernard Shaw, Address at British Drama League Conference, Edinburgh
3. Frank O’Connor,  reminisces about his only meeting with James Joyce
4. Sylvia Beach, describes how James Joyce came to make his two surviving recordings
5. James Joyce, read an extract from Ulysses pp136–137 and an extract from 'Anna Livia Plurabell' from Finnegans Wake
7. Sean O’Casey, - extract from a previously unheard interview.
8. Frank O’Connor, reads extracts from his book Guests of the Nation
9. Brendan Behan, sings the song The Auld Triangle from his play The Quare Fellow

The Ink Slingers Creative Writing Hour takes place every Saturday at the Irish Writers’ Centre. It is a free creative writing session that is organised and led by the Centre’s voluntary arts administrators.

The hour includes writing exercises and prompts to get ideas flowing. It is open to everyone and is suitable for all levels of experience. The workshop will be given by Máire T. Robinson.

This event is listed on a repeat basis, please contact the Irish Writers Centre to check that the event is running when you want to go – 01 8721302  http://www.writerscentre.ie/
Membership of the Irish Writer's Centre costs €50 (€25 for students), and as well as helping to keep the doors open, has a wide range of benefits.
Benefits of Membership

John Banville - for his award by the Austrian Government for his contribution to European Literature.
http://www.thejournal.ie/john-banville-austria-prize-880791-Apr2013/

Katia Kapovich for winning the 2013 Russian Literature Award for Short Fiction.
Here's an interview with Katia on the overlapping which occurs between poetry and prose.
http://www.poetryinternationalweb.net/pi/site/cou_article/item/17633/Interview-with-Katia-Kapovich 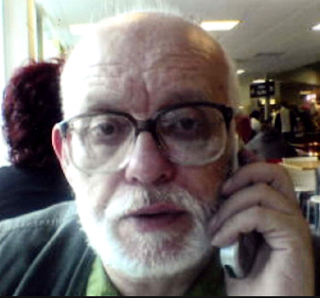