Lead by Pearson Plc, who publish over 4,000 fiction and non-fiction books each year and has generated an extra 11% of total sales in markets in China, India, Africa and Latin America.

Interesting to see the change in ranking and in revenues. While there is some change, these companies continue their global sales.  Click on each company to view a profile of the publishing house:
http://www.publishersweekly.com/pw/by-topic/industry-news/financial-reporting/article/52677-the-world-s-54-largest-book-publishers-2012.html

Show Us the Money:
The review review and Every Writers Resource have published lists of magazines who will actually pay you for your work. Keep an eye on these.  The lists are not exhaustive but are a good starting point:
http://www.thereviewreview.net/publishing-tips/show-me-literary-magazines-pay

I note that Descant has been overlooked in both lists above and so, to redress the balance here is a separate link to it.

Descant is a quarterly journal publishing new and established contemporary writers and visual artists from Canada and around the world. Begun in 1970 as a mimeograph, Descant has evolved into a journal of international acclaim.
Over the years many ground-breaking special editions of Descant have been published, including issues focusing on single artists such as Dennis Lee, Michael Ondaatje and R. Murray Schafer, theme issues such as Male Desire, Romantic Love, Anatomy and Music, and issues exploring the culture of countries such as India, Australia/New Zealand, China, the former Yugoslavia and Japan.

Based in Toronto, it has been publishing literary fiction for five decades and also offers a payment for your work:  http://www.descant.ca/contact 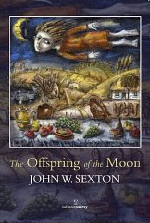 An exciting new collection from John W. Sexton was launched this week.

"In the poems of The Offspring of the Moon, John W. Sexton speaks to a tradition deeply rooted in the Irish literary imagination: from the oral tales and myths of pre-Christian times, through the gothic horrors of Sheridan Le Fanu and Bram Stoker, to the early science-fictional romances of Fitz-James O'Brien and M. P. Shiel. These are poems of the altered mind, the cosmic journey, the daemons and totems of the spirit world, the subversion of logic and science.

"More excitingly than any other poet presently writing in Ireland, Sexton thinks the world anew. His poems offer a unique, provocative adventure through a landscape surreal as a dream, lyrical and terrifying as a fairytale. Yet for all its absorbing forays into the visionary, his work remains anchored by a profound and often painful wisdom. Breathing the exotic into plainness, Sexton pushes back the flawed boundaries of ordinary life. He satisfies our desire for a world porous with imagination, potent with subconscious symbology readable on the surface of the quotidian like Braille."

"Unquestionably Sexton has the visionary power and imaginative reach of writers such as H. G. Wells, Ray Bradbury, Heinrich Hoffman and Edward Lear, but his most feverish scope for creative conjuring is matched by an equal and outstanding dedication to craft." - Grace Wells (Contrary)

"Sexton’s own sure hand with poetic craft is extraordinary, and he’s not afraid to put it to use, whether for delicate lyrics or for horror. Highly recommended." - Dr. Suzette Haden Elgin (The Linguistics & Science Fiction Newsletter)

"A fine control of form and sureness of phrasing." - Knute Skinner

"Remarkable remintings of the dark fantasy inherent in much folktale and song and its abiding archetypal intrusion into our surface modernity in stress." - Steve Sneyd (Data Dump #90)"http://www.amazon.com/The-Offspring-Moon-ebook/dp/B00COQSRH6/ref=sr_1_1

The Fenton Aldeburgh First Collection Prize - any first collection of poetry, of at least 40 pages with primary publication in the UK and Republic of Ireland between 1 August 2012 and 31 July 2013 is eligible. Submissions can be from publishers or individual poets.

The deadline for receiving three bound or proof copies with a note of the date of publication will be Friday 26th July 2013.
http://www.thepoetrytrust.org/site/aldeburgh-first-collection-prize/2012-the-winner/

The prize includes: 1. The publication of a first collection by the winning poet. 2. The competition winner and two runners-up will also be featured in Volume XVI of the Cork Literary Review. (There is a hefty registration fee, £20., but this competition is worth looking at.)  This year’s judge is: Joseph Woods of Poetry Ireland. Deadline: 18th Jun 13.
For more details visit bradshawbooks.com 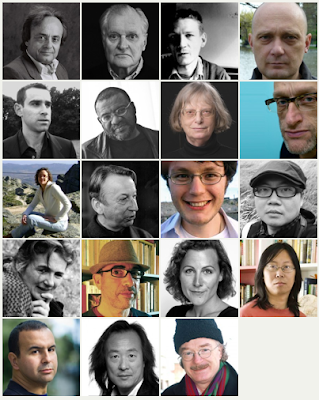 For the 44th time in a row, Poetry International brings you a selection of the best poets from all over the world for an annual poetry spectacle in the Rotterdam municipal theatre.