Djelloul Marbrook sent this article on Edna O'Brien.By Charles McNulty, Los Angeles Times.
History is said to be written by the victors. Fiction, by contrast, is largely the work of injured bystanders.
Edna O'Brien, who retells her provocative life in "Country Girl," represents a classic Irish case. A novelist whose promise found fulfillment in the short-story form, she had to exile herself, like Joyce and Beckett, to become herself. Mad Ireland hurt her into prose the way Auden said it had hurt Yeats into poetry
http://www.latimes.com/features/books/jacketcopy/la-ca-jc-edna-obrien-20130428,0,1569476.story 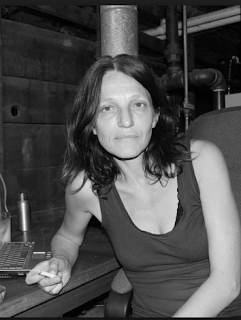 It's quite an indepth look at  the the Russian literary scene of the 1980's, pre and post perestroika, and also into the development of Kapovich's writing. 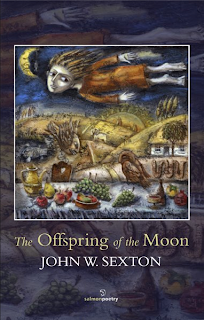 John Sexton's latest collection
The Offspring of the Moon
is being launched this week.

For those of you lucky enough to be in or near Kenmare in Co. Kerry, on the 10th May, you should take yourself down to the

Carnegie Arts Centre at 8 p.m. for a wonderful night of poetry and fun. 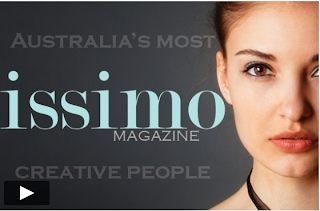 Our vision is a bi-monthly magazine that features authentic work and ideas that are not covered anywhere else.

The magazine is published digitally so we can distribute it globally, across borders and cultures instantaneously.

World Literature Today has published an extract from Shaheen Akhtar's third novel,  based upon a legend from eighteenth-century Bengal. Shokhi Rongomala  follows Rongomala, a beautiful and charismatic lower-caste woman who becomes the mistress of Raj Chandra Chowdhury, a zamindar or upper-caste feudal landlord.  The novel is peopled with unforgettable characters: the autocratic queen-mother, Shumitra, trying to save the kingdom from the vagaries of the menfolk; the young queen, Phuleswari, with her bird menagerie and generous soul; Heera Dashi, high-ranking maid in the royal household born of rape by a Portuguese pirate, a key player in the machinations of the palace; and, of course, Rongomala, whose rise and fall from grace forms the central arc of the narrative. All these women learn to rise beyond their circumstances to wield power in different ways. Shokhi Rongomala is a story of identity and connection: even in the face of Rongomala’s assassination and Phuleswari’s loss of all, what endures is Phuleswari’s sense of sisterhood with Rongomala. 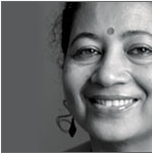 Shaheen Akhtar is the author of five collections of short stories and three novels—Palabar Path Nei (No Escape Route); Talaash (The Search); and Shokhi Rongomala.Talaash won the Best Book of the Year Award for 2004 from Prothom Alo, the largest-circulation daily newspaper in Bangladesh. The English translation of the novel was published in 2011 by Zubaan Books, Delhi, India. Akhtar has also edited the three-volume Soti O Swotontora: Bangla Shahitye Nari about the portrayal of women in Bengali literature. She currently works for Ain O Salish Kendra (ASK), a human rights / legal aid organization in Dhaka, Bangladesh.


The extract can be found here:

The SAMUEL BECETT page sent out this video of poet John Montague talking about various meetings he had with Beckett. 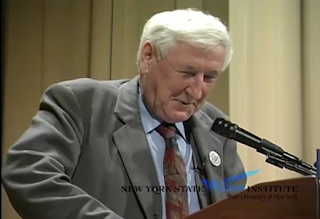 A nice example of Montague's, and Beckett's wit.

"We had discussions about various productions of his works because already he was becoming so well known that he couldn't control them all… I think also he was partly afraid because he was becoming world famous… and he was afraid of the Nobel…. He said that he'd heard along the grapevine that the Nobel Prize might be offered to him and he said of course excitedly 'I can't take it' … that's what Sartre did and I can't do that … A while later he told us that 'That's being taken care of by my publisher, and he's going to tell them that I don't want it, but I have to take it."
https://www.youtube.com/watch?v=HtzeZKHSU7o&list=PLBBE0289A6D84220F&index=7

Jessie Lendenning reading here at the O'Bheal - after a lengthy introduction Jessie gets into her stride and you can listen to her at the link below:

Jessie Lendennie was born in Arkansas, USA. After years of travel, she settled in Ireland in 1981. Her previous publications include a book-length prose poem Daughter (1988); reprinted as Daughter and Other Poems in 2001. She complied and edited: Salmon: A Journey in Poetry, 1981-2007; Poetry: Reading it, Writing It, Publishing It (2009) and Dogs Singing: A Tribute Anthology (2010). Her latest collection of poetry isWalking Here (Salmon Poetry, 2011)

Jessie is co-founder (1981) and Managing Director of Salmon Poetry (www.salmonpoetry.com). Her poems, essays and articles have been widely published and she has given numerous readings, lectures and writing courses in Ireland and abroad, including Yale University; Rutgers University; The Irish Embassy, Washington D.C; The University of Alaska, Fairbanks and Anchorage; MIT, Boston; The Loft, Minneapolis, MN; Café Theatre, Copenhagen, Denmark; the University of Arkansas, Fayetteville; The Irish American Cultural Centre, Chicago and The Bowery Poetry Club, New York City. She is currently working on a memoir, To Dance Beneath the Diamond Sky.http://www.obheal.ie/blog/audio/Guest%20Reading%20-%20Jessie%20Lendennie.mp3

Pitching and selling book projects to editors over lunch in Manhattan dining clubs. If that’s your picture of a literary agent’s life, it’s time for a make-over. A radical make-over, in fact.

CHRISTOPHER KENEALLY's podcast Beyond the Book  in which he interviews Jason Allen Ashlock, Co-founder and President of Moveable Type Management can be accessed here:
http://beyondthebookcast.com/a-new-type-of-literary-agent/
Posted by Anna Livia Review at 05:43