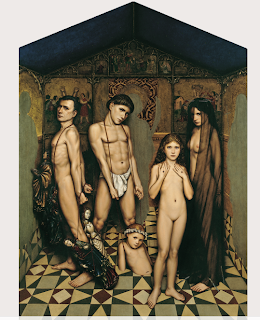 Spanish artist Dino Valls, who trained as a doctor while developing his unique painting style, is interviewed in The Original Van Gogh's Ear Anthology.

Further examples of his work, can be found on his website:
http://www.dinovalls.com/en/gallery/102/

The idea for starting an international anthology of prose, poetry and art from people of all walks of life, everywhere in the world, began with Allen Ginsberg. He said creativity is a great way to bring people together. We discussed giving a chance to never-before-known talents by publishing them alongside the famous. He said everyone’s a genius. It’s just a matter of how one’s genius is expressed. Since Allen was the inspiration for the anthology series, it seemed only right to read through all of the contents of Allen Ginsberg’s Collected Poems 1947-1980 for a title. When my eyes landed on his poem ‘Death to Van Gogh’s Ear,’ I immediately knew. The poem begins: ‘Poet is Priest / Money has reckoned the soul of America.’ Those first two lines pretty much sum up what the poem is about. And it was written in Paris, December 1957. I knew then that Van Gogh’s Ear would be the anthology’s title.”

The poetry publishing world has been rocked this week with the sad news that Salt Publishing have decided not to publish single author editions. They cite the fall of sales for such work as the cause. All the more reason to support the publishers still around.
http://www.guardian.co.uk/books/2013/may/24/salt-poetry-market-slump

Fulcrum - the annual of poetry and aesthetics - seemed to have  been dormant over the last couple of years. However, there are significant signs of life and interest over at its new fb page. 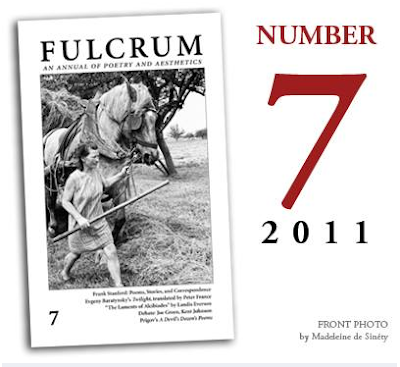 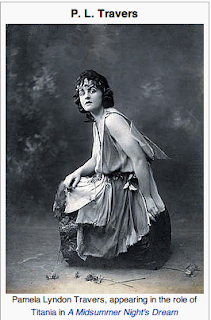 PL Travers, author of Mary Poppins on writing, on her meeting with AE, and the links between Mary Poppins and the Great Mother Goddess Kali!

"Æ’s reaction to Mary Poppins is very interesting. You report his saying, “Had [Mary Poppins] lived in another age, in the old times to which she certainly belongs, she would undoubtedly have had long golden tresses, a wreath of flowers in one hand, and perhaps a spear in the other. Her eyes would have been like the sea, her nose comely, and on her feet winged sandals. But, this age being the Kali Yuga, as the Hindus call it, . . . she comes in habiliments suited to it.” It seems that Æ was suggesting that your English nanny was some twentieth-century version of the Mother Goddess Kali."

Erskine Caldwell, on writing and listening:
With more than eighty million books sold to readers in nearly forty different languages, Erskine Caldwell is one of the most widely read literary figures of the twentieth century. His novel God’s Little Acre has alone sold over fourteen million copies. His books have been made into three movies and three plays; the stage adaptation of Tobacco Road made American theater history when it ran for seven and a half years on Broadway. A versatile and prolific writer, Caldwell is the author of almost sixty books, including novels, short-story collections, autobiographical volumes, interpretive travel books, children’s books, and photo-essay volumes (such as the recently reissued You Have Seen Their Faces) done in collaboration with the photographer Margaret Bourke-White. 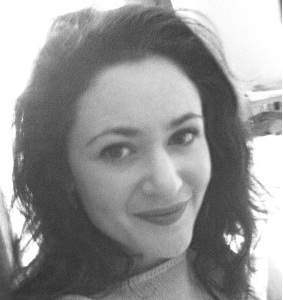 RUTH JACOBS is a writer and researcher. Her books
Soul Destruction and Soul Destruction Diary expose the dark world and the harsh reality of life as a call girl. "I draw on my research and the women I interviewed for inspiration. I also have firsthand experience of many of the topics I write about such as posttraumatic stress disorder, and drug and alcohol addiction."

She recently wrote a short story, Protection, which can be read online here, and plans to write some more shorts in the future. In addition to my fictional writing and the current charity publication, I also have a page on the Soul Destruction website dedicated to exited women. On the Voices of Prostitution Survivors page you can read firsthand accounts shared bravely by women who have lived through and survived prostitution.
You can take a look at the huge variety of interviews with other writers which Ruth has held over the last year on her site In the Booth with Ruth:
http://ruthjacobs.co.uk/in-the-booth-with-ruth-writer-interviews-list/ 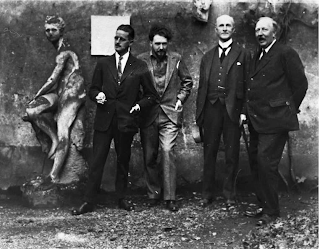 "Poetry, even when apparently most fantastic, is always a revolt against artifice, a revolt, in a sense, against actuality. It speaks of what seems fantastic and unreal to those who have lost the simple intuitions which are the test of reality; and, as it is often found at war with its age, so it makes no account of history, which is fabled by the daughters of memory."

-- James Joyce "James Clarence Mangan" (1902), a lecture on that Irish poet delivered at the Literary and Historical Society, University College, Dublin on February 1, 1902. It appeared in the college magazine St. Stephen's. Joyce also refers to Mangan in "Araby" in Dubliners, a rare self-acknowledged Irish literary influence on Joyce.https://www.facebook.com/pages/James-Joyce-writer/332196660243207